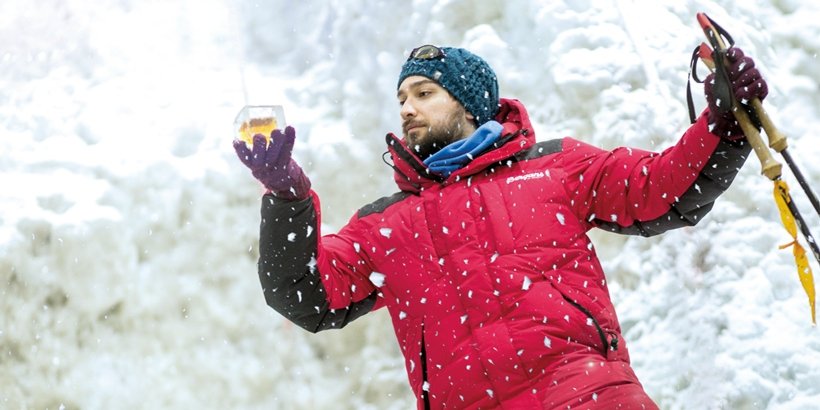 World Whisky Day can today claim to be a truly global celebration of whisky in all its forms.

For the first time World Whisky Day will be celebrated with events on all seven continents, including the most inhospitable place on Earth – Antarctica.

Thousands of whisky fans all over the world are raising a dram today (Saturday May 16) with more than 140 events (and counting!) registered in more than 40 countries and it looks like being a record-breaking year.

In Antarctica, researchers from the Australian Antarctic Division were set to hold a celebratory whisky tasting session just over 9,500 miles from World Whisky Day’s Edinburgh HQ, at Davis Station in the east of the continent. The expedition team were to bring some ‘liquid sunshine’ to the permanently dark Antarctic winter by sampling a variety of whiskies from their personal collections.

World Whisky Day Founder, Blair Bowman, said: “World Whisky Day just keeps getting bigger and better. To see it grow from a simple idea to something which has spread across all seven continents and is bringing together thousands of people to celebrate whisky is such a thrill. I wish everyone a great World Whisky Day, whatever you have planned. We’re going to have to work hard to top this next year – now space is the final frontier for World Whisky Day!”

A motion supporting the event with cross-party backing is expected to go through the Scottish Parliament next week describing World Whisky Day as “an amazing opportunity to highlight and promote Scotland’s national drink.”

2015 is Scotland’s Year of Food and Drink (a Scottish Government initiative led by EventScotland, VisitScotland and Scotland Food & Drink) and May is Whisky Month.

Malcolm Roughead, VisitScotland Chief Executive, said: “Whisky is one of Scotland’s most valuable commodities, with visitors from across the globe coming to our shores to experience an authentic Scottish dram. World Whisky Day is a fantastic initiative and a chance for novices and enthusiasts everywhere to raise a glass to Scotland’s national drink.

“Widening the appeal of whisky is important if we want to encourage more visitors to come to Scotland, particularly during the Year of Food and Drink 2015. Events are a key part of that and I hope this year’s Whisky Month celebrations, of which World Whisky Day is a key part, inspires Scots and visitors to Scotland to come and discover more about one of our most famous exports.”

Kathryn Mutch of Scotland Food & Drink said: “Scotland Food & Drink is delighted to have supported World Whisky Day since its inception and it is fantastic that it is continuing to grow year on year. Scotland is blessed with a world-class natural larder and World Whisky Day provides the perfect platform to showcase our Land of Food and Drink throughout the world. With 2015 being Scotland’s Year of Food and Drink and May being Whisky Month, what better way to celebrate than with a dram!”