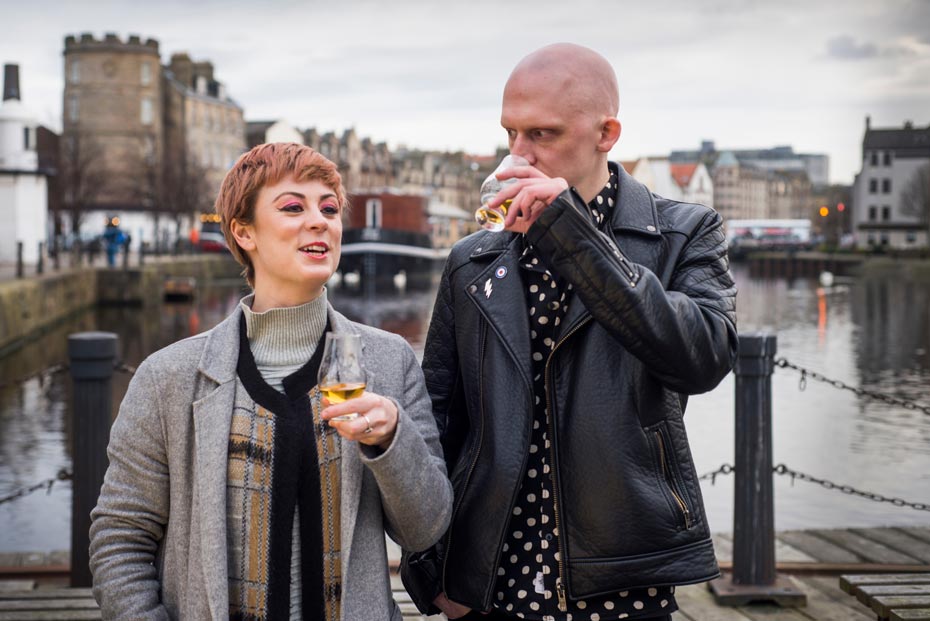 We’re delighted to announce the appointment of two World Whisky Day Ambassadors, Jo Kent and Aly Mathers. Together, they’ll be championing all things whisk(e)y in the run up to, and on, World Whisky Day 2017. They’ll be appearing in videos, presenting talks and hosting tastings, sharing their passion for our namesake spirit all around the world.

Jo has worked behind the bar at some of the world’s most prestigious cocktail joints, from Bramble in Edinburgh to Lidkoeb in Copenhagen, and has met with many of the industry’s favourite faces along the way.

Do you remember your first taste of whisky?

Apart from my papa’s Black Bottle as a little girl, it was Rosebank 12 Flora and Fauna. That was at Bramble, and I was instantly hooked.

What is it that you love about whisky?

I love the range and flavour profile. From caramel to seaweed, whisky encompasses such a vast spectrum of flavours in a way that no other spirit really can.

What’s your favourite place in the world to enjoy a whisky?

Out on the Hebrides or up a mountain somewhere in Scotland, drinking from a hip flask like a true Scot!

What was the most enjoyable dram you ever drank?

Probably the first dram I had in Hong Kong – a Silver Seal 42 Year Old Bunnahabbain. It was just incredible!

If you could prop up the bar and enjoy a whisky with anyone, who would it be?

My best friend, partner in crime, bar companion and fellow whisky lady, Terri. Or, if I was lucky enough to be having a whisky with someone famous, Billy Connolly. We’d keep it Scottish, be drunk from the feet up and be all about the banter.

Starting out his life in whisky at the renowned Scotch Whisky Experience in Edinburgh, Aly Mathers later became Operations Manager for a dedicated Scotch whisky and craft beer business in Aberdeen, established a whisky tasting club in the heart of the city, and eventually took up the role of Travel Retail Brand Ambassador for Bacardi’s whisky portfolio back in Edinburgh. Most recently, he’s come on board as one half of the World Whisky Day Ambassador duo.

Do you remember your first taste of whisky?

Being from the North East of Scotland, my family would often take weekend trips up into Speyside and the surrounding areas. I remember being dragged around distillery tours and not really having any idea what I was amongst. Fast forward to my teens and things had changed. Curiosity got the better of me one evening and I decided to try something from one of the bottles in the drinks cabinet in our dining room. It was Laphroaig 10 Year Old, and I adored it from the first sip.

What is it that you love about whisky?

It has to be the diversity and styles in flavours, and how even the tiniest tweak in the process can create something wildly different. Discovering these new flavours or being surprised by a dram is always exciting. These differences give whisky a very specific personality, and I enjoy getting to know them.

What’s your favourite place in the world to enjoy a whisky?

Honestly, my favourite place to enjoy a whisky is at the pub with a few mates. Get a comfy booth, a couple of decent beers down you, chat nonsense, relax and enjoy. Simple, really!

What was the most enjoyable dram you ever drank?

I could probably be pushed for a top five to cover all bases. I’d have to include Laphroaig’s 2013 Portwood Cairdeas; Ardbeg Alligator; a BenRiach private release from 2014; Hudson Maple Cask Rye Bourbon; and Yamakazi Mizunara Japanese Oak.

If you could prop up the bar and enjoy a whisky with anyone, who would it be?

My inner geek has to win this one: it’d be Mark Hamill. Sharing a dram with Luke Skywalker? I mean, come on. Plus, I’m desperate to find out who Rey’s father is…