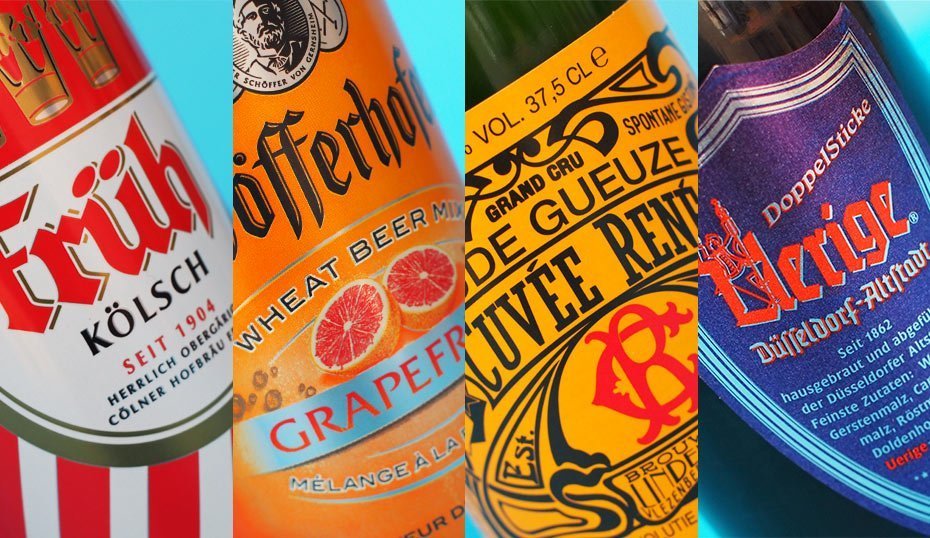 If you think you’ve mastered the art of pairing whisky and beer and read all about the fascinating history of the boilermaker maybe you’re ready to tackle – The Impossible Boilermaker.

To get away from the same old stale pairings, our World Whisky Day Ambassador Aly Mathers was set a challenge by Joe Dick of independent beer distributors, James Clay. At the Bon Vivant’s Companion in Edinburgh Joe selected four weird and wonderful beers for Aly to find a whisky mate for. Here are the four wild card match-ups that resulted. 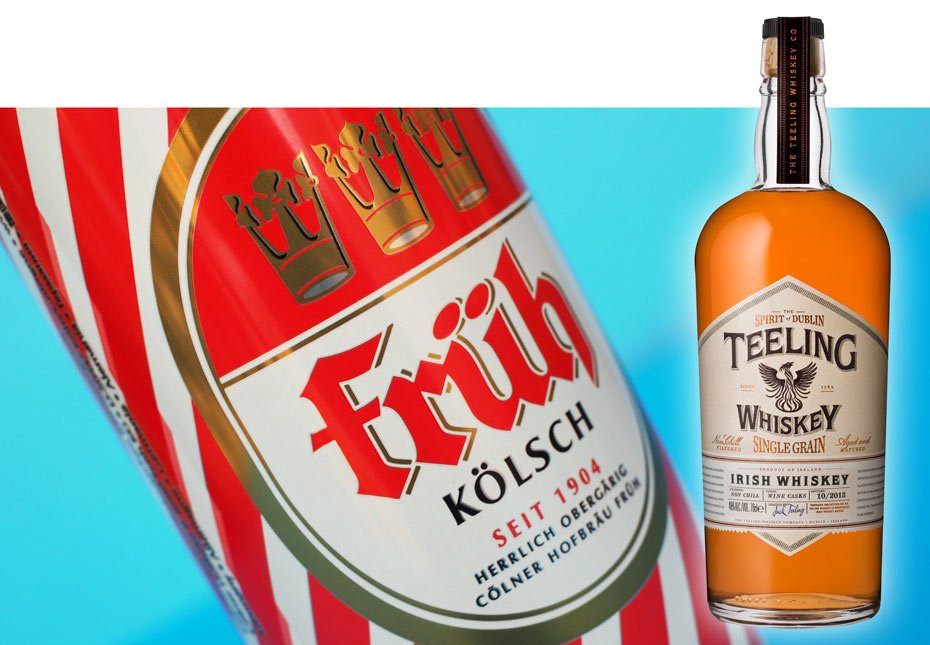 JD: “For me, Früh Kölsch is one of Europe’s true benchmark beers. I decided to pick this to try and pair whisky with because it is so innately delicate. Too boozy, and it’ll be blasted away. Similarly, anything with too much wood influence would be tough too. That said, the Cab Sav aging on the Teeling brought really delicate fruit notes to the pairing, just enough to pull out some of the flavours from the unique fermentation of the Kölsch.

AM: “Finding the right dram to suit this crisp kölsch was all about sourcing a whisk(e)y that had enough character so as not to get washed away by the beer, but also light enough to remain a refreshing and easy-going boilermaker. The Teeling Single Grain Irish Whiskey is perfect for this because it has a lovely, sweetness from the grain, but also an uncharacteristic fruitiness due to being matured exclusively in ex-Californian red wine barrels. This is a great example of a boilermaker where the beer and whiskey have similar flavour profiles and work together seamlessly. You don’t need to have clashing flavours and over the top stylings to have a great pairing. Sometimes having a refreshing beer and a tasty dram with similar flavours is enough to create a new drinking experience.”

A 50/50 blend of hefeweizen with grapefruit juice.

JD: “I really don’t know where to start with this beer. It’s just the most ludicrously fun and juicy beer I’ve come across. I included it because it’s been a big success in high-end Cocktail bars, and has served as a reminder that beer is fun and is for drinking. On top of that it’s a total nightmare to try and pair with whisky. Sweet, low ABV, and full of juicy grapefruit, three things that whisky generally is not.”

AM: “I’m not going to lie, finding a match for the Schöfferhofer was a challenge simply because it is so fruity. We played with a few ideas but found that most of the whiskies we tried clashed because of the huge difference in ABV. In the end it became clear that what we needed was a whisky that was soft but with enough fruity characteristics to sit alongside the beer, and the Asyla blended whisky from the ever-inventive Compass Box fitted the bill. This blend is jam-packed full of fruity, floral and sweet flavour combos that slowly unfold with each sip. The whisky on its own is a subtle delight and is a great example of a blend delivering big flavour in a balanced and restrained way. The beauty here is that the grapefruit shines through and actually amplifies the fruity characteristics of the Asyla.”

Traditional gueuze made from blending young and aged lambic beers.

JD: “Lambic is almost the sole reason that I get out of bed each morning. A truly fascinating expression of terroir. Completely complex, and always developing. I threw this into the mix because, once again, we’re working predominantly with flavours that are largely missing from the whisky flavour map. I’m also a massive advocate of smoke and sour as a pairing, and wanted to see where Aly could take this. As is typical of the style the Cuvée René is led by a steep wave of acidity, but backed up with properly dank cellar notes. It was really tough to find something that could not only handle that, but complement it.”

AM: “For a lot of people, the idea of matching a gueuze to a whisky seems insane. The main problem isn’t necessarily in the earthy, tart tones found in the beer but in the style and mouthfeel. This particular lambic is highly acidic meaning that a lot of whiskies just won’t stand up to it. Usually you expect the higher ABV of a whisky to cut through the beer but here it’s more often the other way around.

For this to work it meant I had to bring an extra dimension to the boilermaker, and so we looked towards Islay. Bringing the sherried, gravelly peat characteristics of Kilchoman Sanaig together with that sour hit from the Lindemans is a true flavour explosion. There are just enough comparative flavours to bring the two drinks together whilst the resulting combo is greater than the sum its two parts. The truth of the matter is that this is a boilermaker that you will simply love or hate, but if you like to discover interesting and unusual flavours in your drink, then I’d urge you to give this a go.” 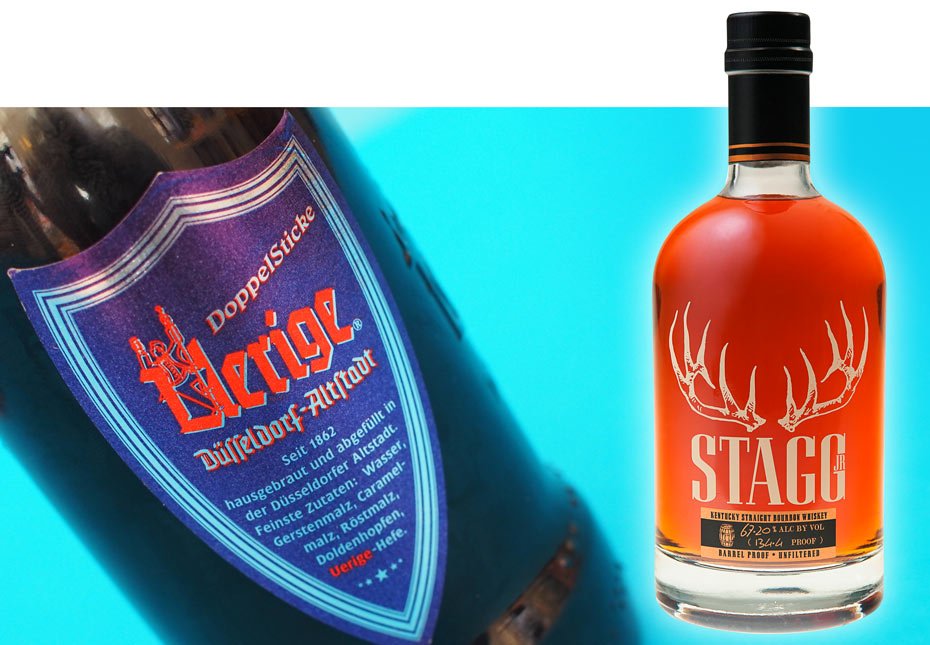 JD: “I had the pleasure of visiting Uerige in Düsseldorf at the tail end of last year. This region is known almost exclusively for Altbiers (a sub branch of the convoluted lager family tree), and after a few days there it can be hard to pick them apart from each other. However Uerige is easily spotted due to its higher bitterness and unique flavour. Doppelsticke is only produced a few times a year. This is as close to a Barley Wine as you’ll find in Germany. Full of raisin, leather, rum, and a huge bitterness. Had it not been for the bitterness, you would expect to be able to throw a sherry bomb at this and it’d all work out, but the bitterness caused us a real headache.”

AM: “The beauty of a great boilermaker is creating a pairing that can either showcase and enhance certain flavours by bringing new flavours together, or by finding two drinks with similar flavours that simply work together to create something delicious. This pairing is the latter. This is a big beer. Not only does it have a higher ABV, but it also packs a big, sweet punch, whilst retaining a big, bitter finish. It was obvious that it could withstand a bold spirit so I opted for the Stagg Jr from Buffalo Trace. At 66.05% abv, this Kentucky Straight Bourbon is as bold and brash as they come. Couple that with an onslaught of sweet flavours – treacle, burnt honeycomb, maple – and spices you get from rye whiskey, and you have a match made in sugar-coated heaven. This boilermaker shines a light on another aspect of great pairing in that in works best in a specific sequence. Drinking the Uerige after the whiskey allows the beer to cool down the palate after the high strength from the dram, before the flavours combine on the palate for a delicious finish.”