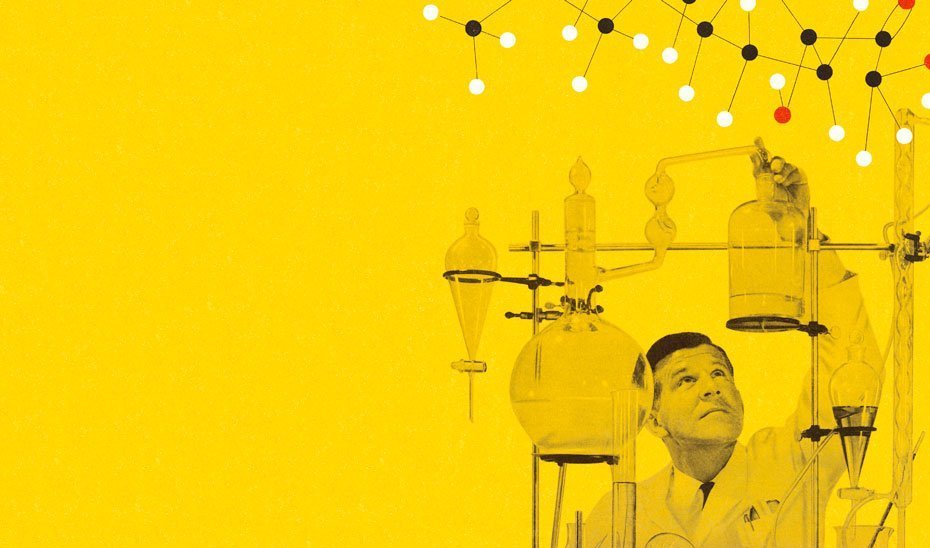 Why restrict yourself to merely drinking and trading in whisky when there’s a whole world of other possibilities out there?

According to the Scotch Whisky Association, Scotch generates £4.3 billion a year for the UK economy, or £135 every second. In 2013, 96 million cases were exported worldwide, a quantity which the SWA alleges would stretch across the Atlantic from Edinburgh to New York and back three times over. Individual bottles, meanwhile, if old enough and rare enough, can exchange hands for six-figure sums. There is even a ‘whisky exchange’ to enable investors to pick out and follow the best-performing bottles.

This is valuable stuff, no doubt about it. And yet for some it’s not enough. Why restrict ourselves to merely drinking and trading in whisky when there is a whole world of other possibilities out there? All over Scotland, scientists have been tapping on their keyboards and fiddling with their pipettes as they indulge a seemingly endless fascination with the national spirit. And their research has taken some, let’s say, ‘unusual’ turns.

The warming effects of whisky are well known, but probably not many would expect it to generate enough power to fuel a car. That, however, is the proposition being put forward by a group of researchers from Edinburgh’s Heriot-Watt University.

Spin-off company Celtic Renewables is developing a fuel made purely from whisky waste which, it claims, is equivalent in efficiency to petrol. The fuel is produced by bacteria which feed on ‘draff’, the malt barley residue left over after fermentation, and ‘pot ale’, the high-protein residue which is left over after distillation, converting the sugars therein to, among other things, butanol.

Celtic Renewables’ process effectively means that one batch of barley could be used three times: to make whisky, then fuel, and then animal feed. Hats off to Scottish thriftiness.

Until now, the term ‘whisky jacket’ has been used in a purely figurative sense, to describe the luscious aura that hardens the drinker on a chilly evening. It could soon acquire a much more literal meaning, however, thanks to the development of whisky-smelling tweed.

So-called ‘smart tweed’ is another cracker from the Heriot-Watt stable, this time from its School of Textiles and Design. It consists of a scent that allegedly recreates the aromas that waft up from a glass of Johnnie Walker Black Label, which are then incorporated into yards of prestigious Harris Tweed. Unlike a conventional perfume, the aroma, described as “rich malt, golden vanilla, red fruit and dark chocolate tones”, has been “permanently imbued” in the fabric, meaning it will never fade with time or washing.

Sadly, the smart tweed is not yet available in the UK, and is instead being marketed initially in Greece, Belgium and Germany.

If you have ever found yourself with a burning desire to experience a taste of the Heroic Age of Antarctic Exploration without the risk of frostbite, then you’re in luck. For now, thanks to the wonders of modern chemistry, you can buy a bottle of whisky online identical to those drunk by Sir Ernest Shackleton and his hardy crew.

‘The Shackleton Whisky’ is a recreation of the spirit that the explorer and his team were forced to abandon 100 miles short of the pole in 1909. The whisky was produced by the now defunct Mackinlay & Co. brand, and when the crates were recovered in 2007, Whyte & Mackay, which owns the Mackinlay name, set chief chemist Dr James Pryde to work.

After carefully syringing out a sample and resealing the bottles, Pryde subjected the whisky to a comprehensive chemical analysis. Complementing this with a rigorous ‘sensory analysis’ (otherwise known as ‘smelling’ and ‘tasting’), he was able to determine that Shackleton’s dram was made of malt that had been lightly smoked with Orkney peat and then aged in barrels of American oak, which had likely earlier been used for sherry or wine. He was also able to give details of the fermentation and distilling processes. All of which enabled Whyte & Mackay’s chief distiller, Richard Paterson, to recreate the whisky to, they say, an astonishing degree of accuracy.

Back to Heriot-Watt University, whose researchers, it seems, can’t get enough of that wonderful stuff. And this time it’s fishy business, literally, with hopes of blazing a trail in the virgin fields of whisky-based fish food.

As with ‘whisky fuel’, it’s the by-product pot ale that is once again the magic ingredient, thanks to its high levels of barley proteins, which are ideal for salmon. Unfortunately, fish cannot digest whole grain, and growing fields of barley purely to feed salmon is not cost-effective. However, Heriot-Watt spin-off Horizon Proteins has developed a way to extract the valuable proteins from pot ale in a form which can be easily incorporated into salmon feed, offering sustainable, locally sourced protein for Scottish fish farmers. Alcohol-free, of course.

Sometimes it feels as if the possibilities of whisky science are endless. Indeed, sometimes it is ‘out of this world’ – such as the case of a sample of Ardbeg whisky which was launched into space in 2011.

A vial containing compounds of unmatured malt and particles of charred oak barrel from the Islay distillery spent over 1,000 days orbiting our planet 15 times a day at 17,227 mph, on board the International Space Station, before touching down in Kazakhstan in September 2014. The aim was to see whether the chemical compounds that give whiskies their distinctive flavours and aromas react differently in conditions close to zero gravity.

While the space whisky was flying high overhead, an identical sample was kept at the Ardbeg Distillery as a control. It recently underwent analysis by Ardbeg’s Director of Distilling, who claimed it comprised a set of smoky flavours he’s never before encountered on Earth.

For those of us who might, to our shame, struggle to tell a Highland from a Speyside, more down-to-earth help may soon be on hand.

This time it is a team at the University of St Andrews that has developed laser scanner technology able to identify a single malt not only by brand, but also by age and even differences in cask. The technique works by placing a small drop of whisky on a plastic card and using optical fibres to record light as it is passed through the sample. By analysing the scattering of light, and tiny variations in energy due to interactions with specific molecules within the whisky, scientists can construct an accurate and detailed profile of the sample.

The team behind the research say there is potential for the development of portable detectors, which could not only be used by the police for identifying potentially toxic ‘bootleg’ spirits, but also by pubbers and clubbers to check their drinks have not been spiked.