Its roots may be based in Scotland, but these days whisky is making a name for itself in in all corners of the globe.

For the uninitiated, the great whisky family tree can be a little tricky to navigate. Some might not know that Bourbon is a form of whisky, for example. As well as our popular guides to Scotch and Bourbon, we thought we’d give our readers an overview of what popular types of whisky exist and what the differences between them are. 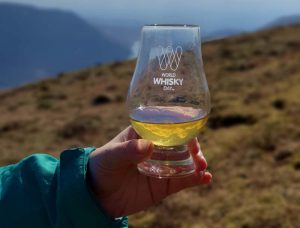 First things first. Scotch whisky has to be made in Scotland to be called ‘Scotch’. This type of whisky has five different types, according to The Scotch Whisky Regulations 2009. Here’s how they differ:

There are five Scotch whisky regions – Campbeltown, Highland, Islay, Lowland and Speyside – and all offer a different set of tasting notes. Find out more about this type of whisky on our blog, ‘What is Scotch?‘

A neighbour to Scotch whisky, Irish whiskey is known for its warm, spicy flavours. In order to qualify as Irish whiskey, a spirit must be produced from malt, cereal grain and barley. It must then be distilled, aged and bottled in Ireland.

Irish whiskey must be aged in wooden casks for a minimum of three years, and often undergoes triple distillation to achieve its signature smooth flavour.

It may be relatively new on the scene, but European whisky is already forging a name for itself on the global whisky stage. In the 2017 World Whisky Masters competition, European whisky players won gold and Masters medals, including Italy’s Puni Distillery, Germany’s Aureum range and Sweden’s Mackmyra.

Not to be confused with bourbon, Tennessee whiskey is in a category of its own. While distilled spirit must be aged in an oak container to become whisky, or whiskey,  Tennessee whiskey goes a step further. It requires that the spirits be first filtered through sugar maple charcoal. It’s then aged in new, charred, white oak barrels to become Tennessee whiskey. It also has to be 51% corn.

Often described as a lighter version of bourbon, the charcoal mellowing takes some of the boldness out of the whiskey, leaving it with notes of toasted oak, caramel, and vanilla, as well as a hint of charcoal or burnt wood.

Bourbon is a type of American whiskey, distilled from a mash made primarily of corn. Like Tennessee whiskey, for a whiskey to call itself bourbon its mash (the mixture of grains from which the product is distilled) must contain at least 51 per cent corn.

The mash must be distilled at 160 proof or less, the distillate must be stored in charred new oak barrels at 125 proof or less, and it must not contain any additives.

American rye whiskey is subject to the same strict legal requirements as the other categories covered in this article. Similar to bourbon and Tennessee whiskey, for a spirit to call itself American rye whiskey, the mash has to be made up of at least 51 percent actual rye grain. Interestingly, these legal requirements don’t apply in Canada, where rye is also a very popular spirit of choice.

Rye has a minimum maturation time of two years. The spirit is known for its peppery, more savoury flavour compared to Tennessee whisky and bourbon. 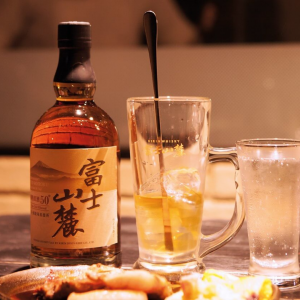 Japanese whisky has been on the radar for a while now, with the country’s first distillery being established in 1934. Since the distillation process of Japanese whisky takes much of its inspiration from Scotch whisky, the two taste very similar. However, Japanese whisky prides itself on its subtlety of flavour.

In terms of tasting notes, “we’ve got things like sushi, sashimi, ramen…cuisine that’s been developed over a thousand years. It’s all about delicacy and complexity, nuance and balance”, says Suntory UK Ambassador James Bowker.

Now you know all about the different types of whisky, let us know which are your favourites!