The whisky industry is renowned for its rich heritage, endless variety and meticulous craft. So, after such an enduring production, it’s only right that the final product should be glorified in the most luxurious of vessels. Here are eight examples of the most elaborate, ostentatious (and sometimes obscure!) whisky bottles available. 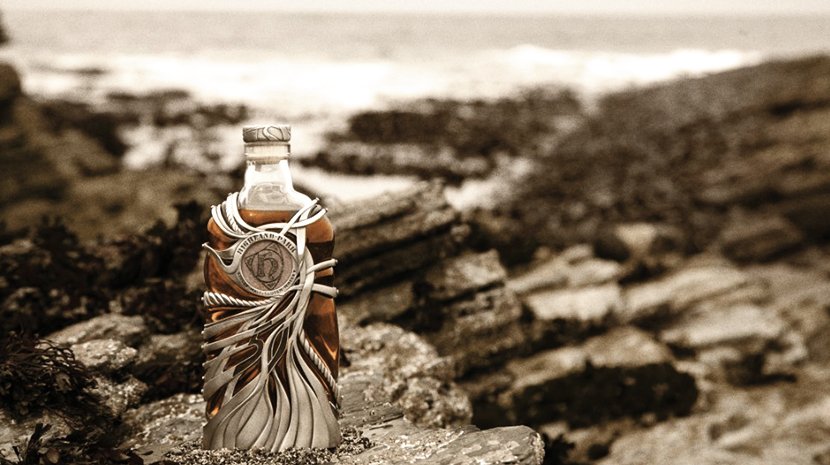 Scottish-born artist and jewellery designer Maeve Gillies was commissioned for this limited release of Highland Park 50. The vine-like ‘cage’ is handcrafted in sterling silver with a piece of Orkney sandstone carved into its centre with a Highland Park crest. It is said to represent the ‘sea, wild weather and passage of time’ of the whisky’s northerly home isle. As if that wasn’t enough, it’s also presented in a beautiful oak case. 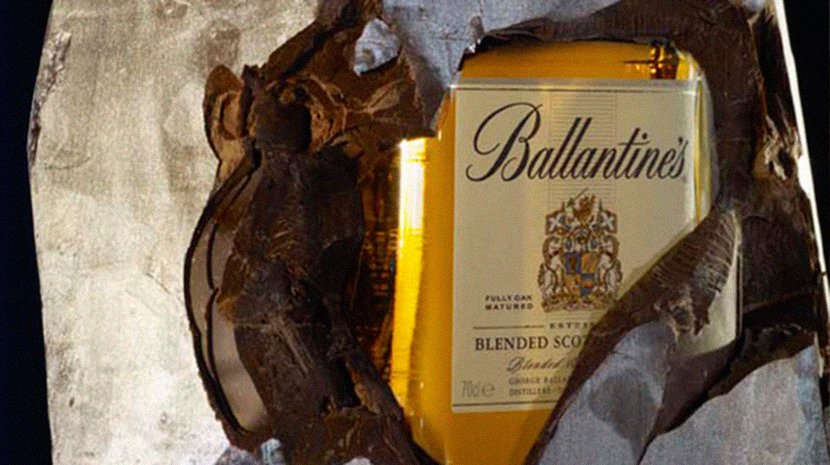 Ballantine’s and French master chocolatier Patrick Roger collaborated on this whisky packaging in 2011. The whisky was completely encased in a large rock of the sweet stuff, with chocolate so thick they had to provide a hammer to help rescue the bottle from its delicious entombment. 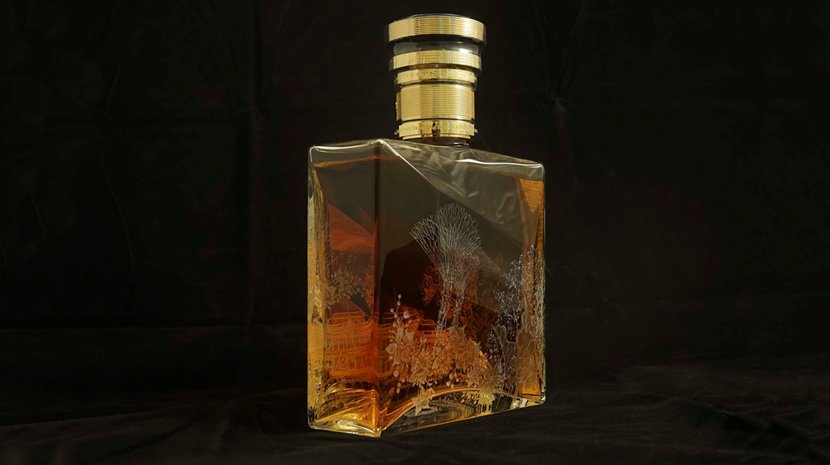 A limited edition designed to commemorate the 50th anniversary of Singaporean independence, this bottle features an image of Singapore’s iconic Raffles Hotel hand engraved by Philip Lawson Johnston. Only 25 of the bottles exist. 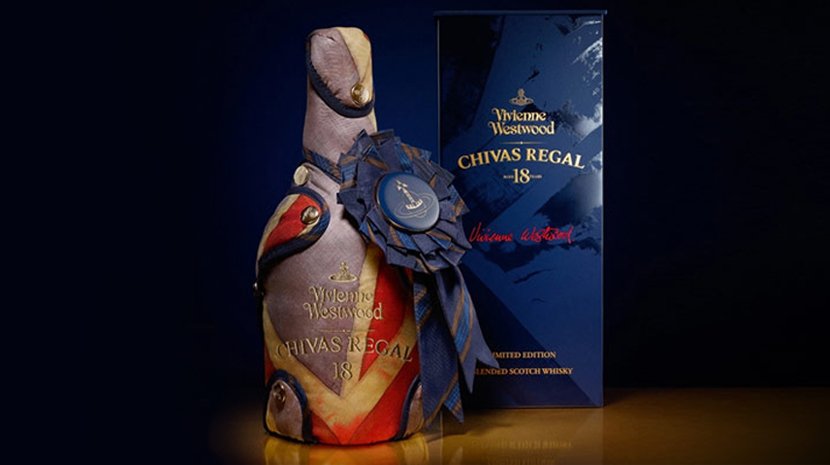 Chivas Regal launched their 18-year-old Scotch at London Fashion Week in 2011. The bottle was styled by punk icon Dame Vivienne Westwood. She gave the bottle an elaborate makeover by swathing it in a silk Trafalgar flag and a rosette featuring her signature orb. 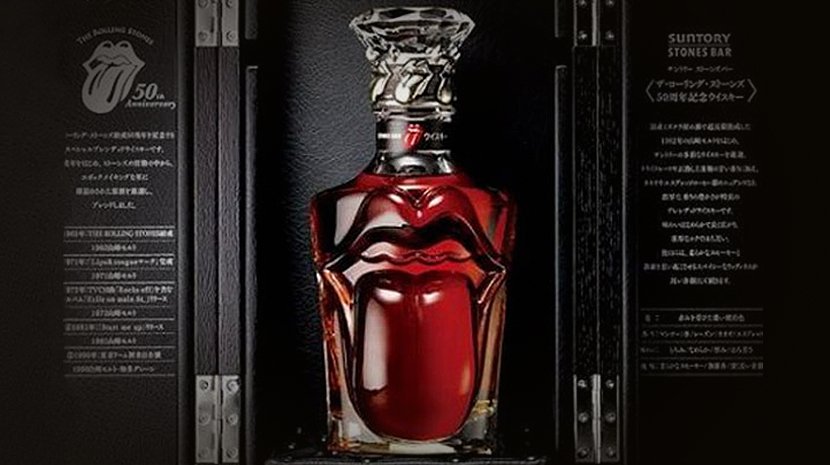 Made in Japan by Suntory, this crystal bottle was produced in 2012 to commemorate the 50th anniversary of English rockers, The Rolling Stones. With a diamond shaped stopper and a bottle fashioned after the iconic Stones’ lips, it’s definitely rock ‘n’ roll. 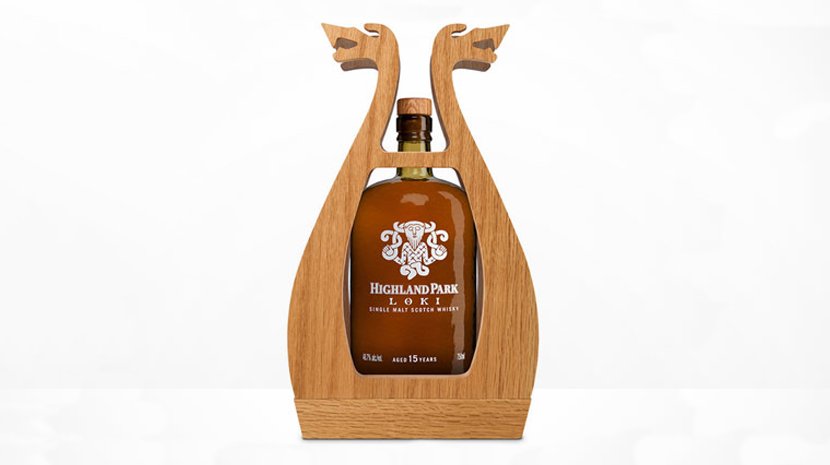 Another extravagant offering from the Highland Park distillery. This 15-year-old malt is presented in a large wooden frame that echoes the fearsome contours of a traditional Viking long ship. An inspiring way to sample a Nordic nip on the long road to Asgard. 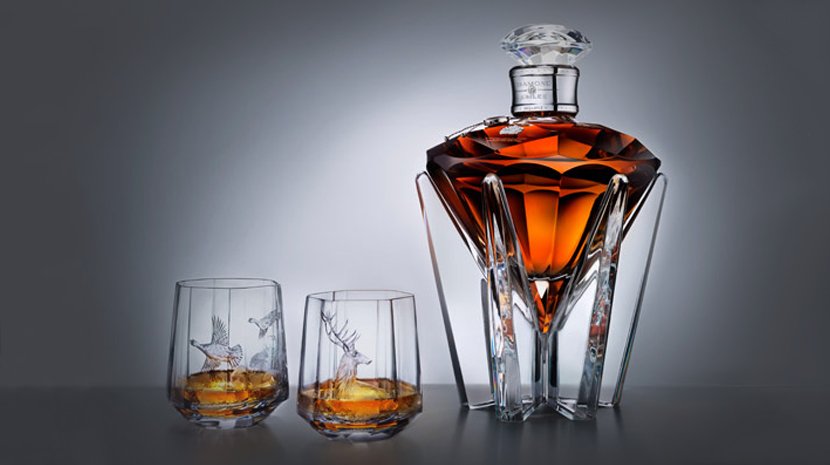 The Queen’s distillers created this Diamond Jubilee Blended Scotch Whisky to celebrate Her Majesty’s 60th year on the British throne back in 2011. The 60 crystal decanters were made featuring a silver collar set with a half-carat diamond. They were auctioned off with a reserve of £100,000 each. 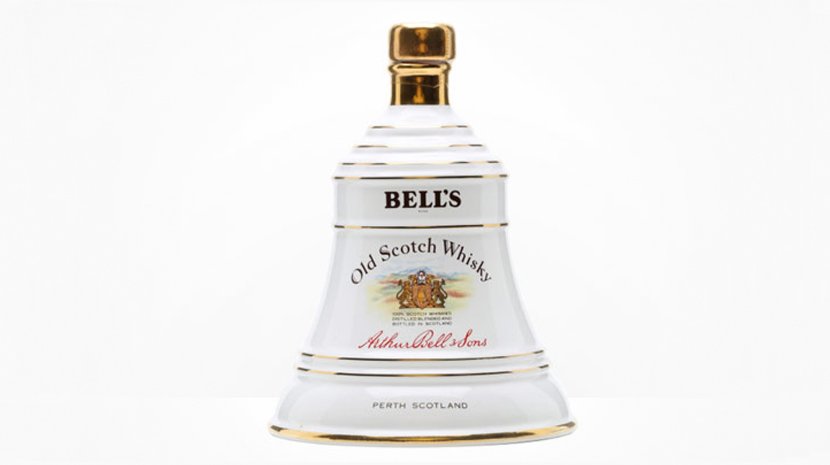 Bell’s often releases these bell decanters to celebrate significant events such as the birth of a princess or a royal wedding, as well as more common and routine events such as Christmas. They have achieved the status of collector’s items as well, making them impressive adornments for any whisky fan’s shelf.