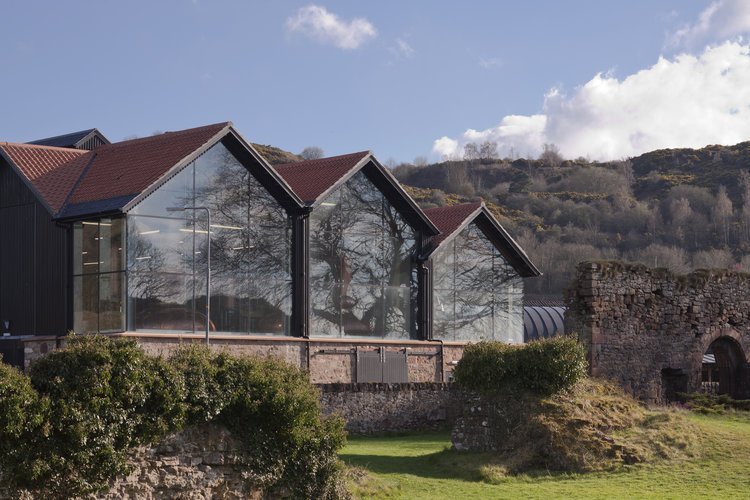 Often called the spiritual home of whisky, Lindores Abbey in Fife, Scotland is the site of the earliest record of scotch whisky production in 1494. Fast forward 527 years, and after two decades of careful planning, Lindores Abbey Distillery has launched its first whiskies to the world. WWD finds out more from founders Drew and Helen McKenzie Smith

Lindores is a family business – how does that affect how the distillery is run and why is it important to you?

First and foremost, Lindores is our family home and has been for over a hundred years. We lived in London and then the Lake District, but Lindores was always home, and after [Drew’s] father died, we moved back and set about the task of creating a distillery here.

When the distillery project began over twenty years ago, Helen kept working whilst I concentrated on bringing the idea to life. Now, Helen and I run the company together. My sister Jane and brother-in-law Ross are on the team, as well as their daughter Charley and our daughters Poppy and Gee… not forgetting my younger brother Robbie who is Ross’s ‘assistant’ and puts in at least an hour’s work a week!

“First and foremost, Lindores is our family home”

It is important to me that we are a family business and the staff are part of that wider family. As the business evolves, the staff will evolve with us for the benefit of us all. 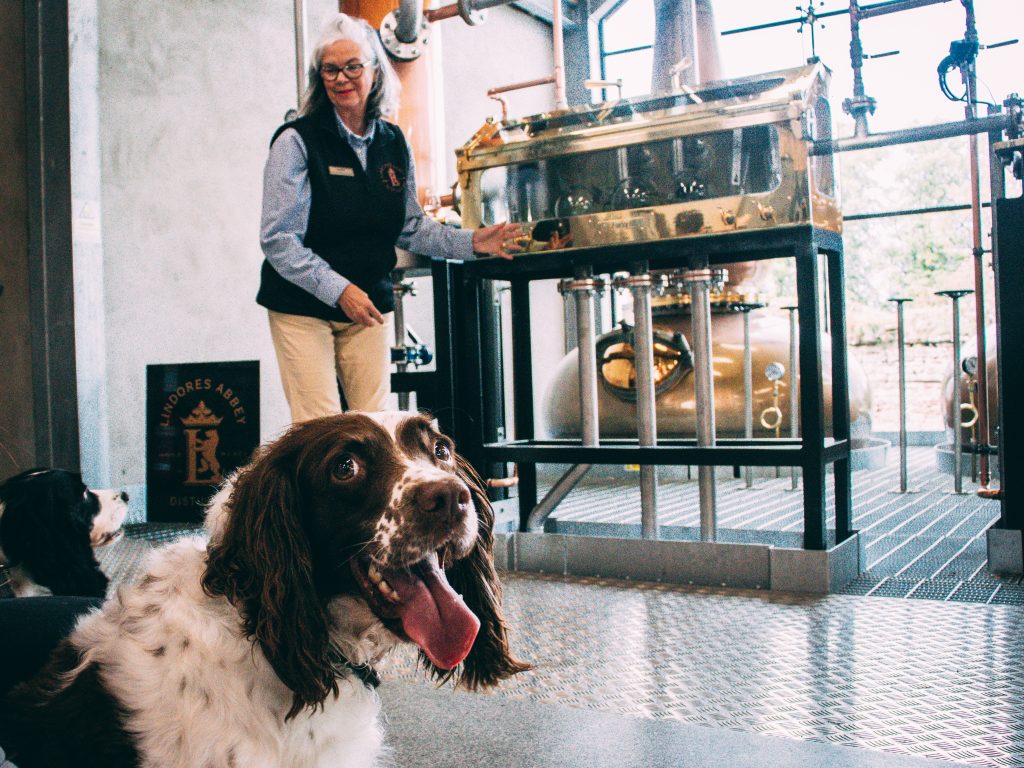 You spent decades working to open the distillery. What did that long process involve and what were some of the obstacles you faced?

A zillion emails, phone calls and meetings! The first 15 years were all about making contacts and trying to raise interest, and we gathered a great deal of support and information but no money!

Then, a single phone call resurrected the idea and gave me the impetus to really go for it. That’s when the distillery became a serious project; I secured £5k funding as part payment for a feasibility study and that led us to where we are now: a fully-functioning, world-class distillery with our first single malt recently released.

Some of the biggest hurdles were HMRC and all the red tape – they seem to put up hurdles rather than assist – but the distillery wouldn’t exist if it wasn’t for the tax records of 1494 so I can’t complain!

Why was it important to you to bring the Lindores Abbey name back to life?

I grew up here and as mentioned previously my great-grandfather John Howison bought Lindores Abbey Farm in 1913 (for £3k) and the abbey was just part of the farm. Although we knew the abbey had a rich history with visits from five kings and William Wallace, we had no knowledge of any whisky history.

“Hopefully, we will keep the abbey in the family for another 100 years and to preserve the remains of Lindores Abbey for generations to come.”

But that changed about twenty years ago when a gentleman turned up at our front door and asked my dad if he could go for a wander around the abbey ruins. Dad thought it was a bit strange but he said “feel free” and thought no more of it. Several months later, a lovely hardback book arrived in the post: Scotland and its Whiskies by Michael Jackson. He was the chap who had visited and in the inner sleeve, he had written ‘To Ken. Thank you, turn to page 127″.

There we found a lovely photograph of the abbey ruins and the chapter begins “For the whisky lover, it is a pilgrimage.” He recounts wandering around the ruins saying a silent but happy St Dionysian prayer to Friar John Cor of Lindores. This was really the first we knew of the connection. The rest, as they say, is history. Hopefully, we will keep the abbey in the family for another 100 years and to preserve the remains of Lindores Abbey for generations to come. 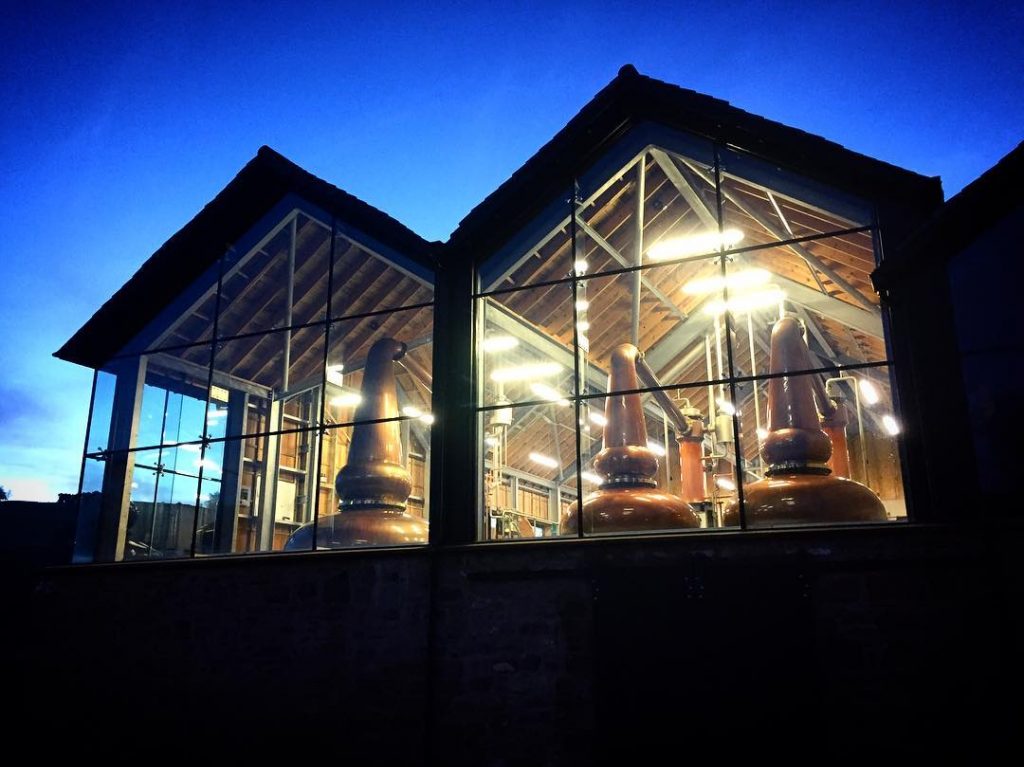 What do you find most fascinating about the history of Lindores Abbey?

I was very guilty of living here and enjoying having a beautiful ancient monastery in the back garden without taking the time to learn more about it. One of the things I did after discovering the whisky link was read as much of the history as I could. There are really only three books about Lindores and I’m possibly the only living person who has read them!

What I learned was that although it was a relatively small abbey, it wielded great power and was central to many of the most important events in Scottish history over hundreds of years.

When setting out to resurrect the distillery, how did you contend with the legacy of the abbey? Did you feel the pressure to resurrect it faithfully and with respect? 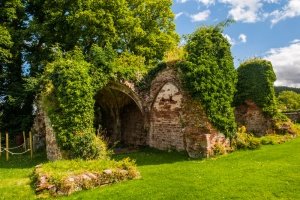 The abbey has been both a huge blessing but also something of a burden. There were so many potential routes we could have gone down relating to whisky/history/Scotland so it became hard to narrow it down to just a few historical links.

I remember talking it through with the late Dr Jim Swan in the early days. We ultimately decided that although we are blessed with such a rich history, the spirit is king. We wanted people to really rate the whisky. I’m delighted that our award-winning new make spirit is combining with our premium casks to produce a fantastic lowland single malt, which even at only three and a half years has a complexity of a spirit twice that age. It is a testimony to Dr Swan’s vision for Lindores and to our distillery manager Gary Haggart and his team for working with that initial vision and turning it into a reality.

“Although we are blessed with such a rich history, the spirit is king. We wanted people to really rate the whisky.”

How do you keep the history of Lindores Abbey alive at the modern distillery?

When we first started talking to architects my golden rule was that if they started talking about stained glass windows, I knew they didn’t really get it. Our distillery is built within the original footprint of Lindores and we need to reflect that but not be slavish to it; the past informs the future at Lindores Abbey Distillery.

Our whisky is at the forefront of what we do, but the history of the abbey will always be with us. To a large extent, that’s what gave me the impetus whilst raising investment – each distillery has its own story and we are no exception, but the spirit will always come first.

Looking ahead, how do you envisage the future of the distillery? 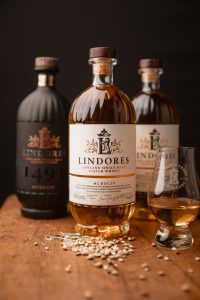 I like to think we’ll remain a family business, but no one has a crystal ball! When we built the distillery we put in four washbacks but future-proofed it in that we have room for four more so if the demand is there (which it already is!). We own all the land around the distillery so could add more infrastructure and warehousing, but to go ‘bigger’ would mean out-growing our site and then we wouldn’t be Lindores anymore. I see us growing until we have hit our maximum potential whilst remaining on the same site.

We have also set up the Lindores Abbey Preservation Society and proceeds from our memberships go towards the preservation of the abbey ruins. The better we do as a company, the more we will be able to preserve the ancient monastery for future generations of whisky ‘pilgrims’.