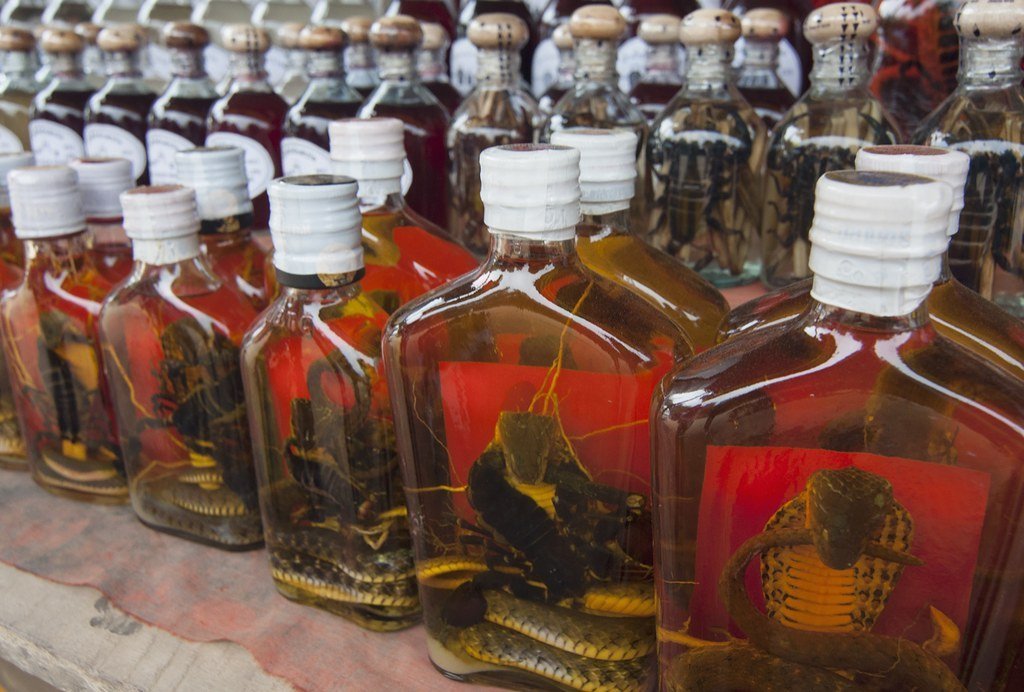 One of the most exciting things about whisky is its diversity. Just when you think you’ve cracked all the tasting notes, you unearth a new hint of flavour. With so many different types of whisky on the market, there’s a world of possibilities out there for budding whisky connoisseurs.

While we all have our favourite mainstream whiskies, there’s a few outsiders out there that promise a whole new experience for your tastebuds. In this blog post, we bring you some of the world’s most unusual whiskies. Buckle up for some shockers!

Reserved for the brave, this unique sort of dram is readily available in Thailand, and features a dead snake maturing in whisky. The snake’s venom is neutralised by the alcohol, so it is totally safe to drink. Is it enjoyable? We’ll let you decide!

If you’re a big fan of whisky and salty flavourings then who knows, Fishky whisky could be your ideal dram!

Starting life as Bruichladdich whisky, the sherry cask it was in was sold to a buyer in Germany, who put it into a cask that used to hold salted herring. Allegedly, this was in tribute to the story that early Scottish distillers occasionally used herring casks to mature their whisky. It matured in the cask for three months before being bottled in 2007 and sold as “Fishky.”

Who’s brave enough to pour themselves a dram of this salty creation? 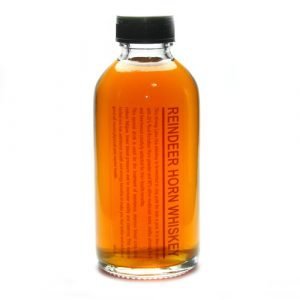 You may think reindeer horn whisky hails from the freezing tundra, but it is in fact a product of South-East Asia. The spirit is made with traditional Thai rice grain, which is infused with reindeer antlers for several months before being drunk.

The horns are believed to promote health benefits such as increased vitality and virility, and some also think drinking reindeer horn whisky can reflect favourably on your social status. In terms of taste, it’s said to have a rich, earthy finish and a slight taste of liquorice. Definitely up there on the unusual whiskies list! 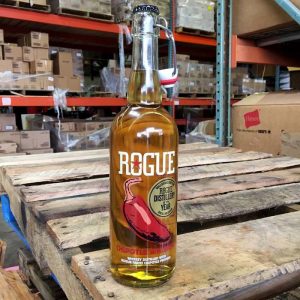 If you’re looking to spice up your whisky collection, you can do so quite literally with Rogue’s innovative chipotle whiskey.

Made in Oregon, US, the jalapenos are dried and smoked over cherry and alder wood for over 24 hours to transform them into chipotle peppers. After being added to the wash, and then after the distillation process, the whisky is left to mature into its unique sweet, smoky, spicy taste. 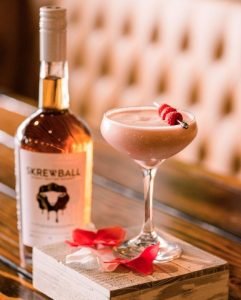 The brainchild of an experimental Californian bartender, Skrewball whisky has had unlikely success as a black sheep on the whiskey market. A mixure of smooth whiskey and creamy peanut butter flavours, it’s a spirit that definitely lives up to its name.