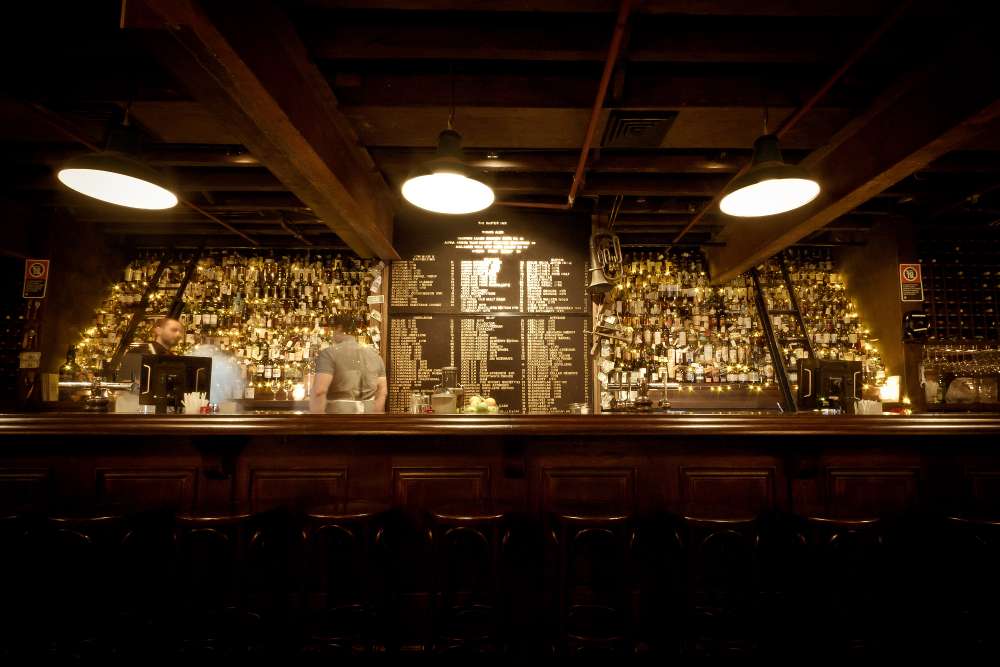 Looking for the world’s best whisky bars? We’ve scoured the globe to bring you eight.

From humble origins as the local secrets at distillers’ watering holes to mass distribution amongst the world’s most renowned venues, whisky has long had a home at the bar. Passion for the spirit is now so great that whisky selections have occasionally outgrown the confines of the traditional bar space.

The result? The specialist whisky bar. Fortunately, wherever you are in the world there’s every chance you’re within reach of such a haven. And as if we need urge you to visit, we’ve scouted out eight of the very best around. 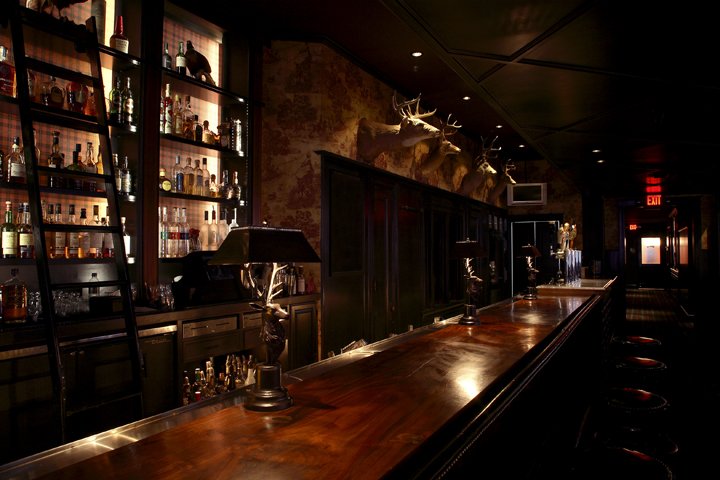 Seven Grand takes its whisky seriously, with an impressive 17-page menu detailing in excess of 700 whiskies. Unsurprisingly, the bar boasts an impressive International Wall of Whisk(e)y, and they regularly welcome master distillers and brand ambassadors from around the world to host tastings. In accordance with its name, this hunting themed bar offers some top-dollar whiskies; they recently poured the last drops of a bottle of Macallan 55 which would have set you back $1200 a serve. 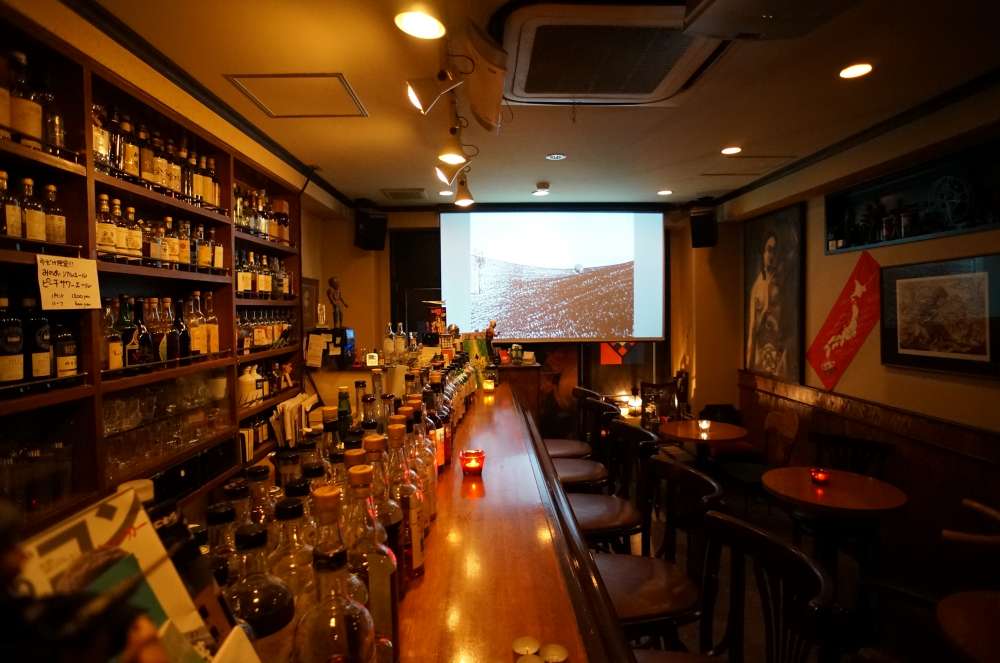 With over 300 varieties to choose from, Tokyo’s Zoetrope is the place to be if you’re in need of a dram (particularly the local stuff). Movie buffs are especially well catered for: soundtracks dominate the speakers, and the bar’s decor was done by legendary Japanese art director, Takeo Kimura. At the end of the bar a projector continuously rolls out classic Japanese silent comedies. A one-of-a-kind experience.

India is fast becoming the world’s most enthusiastic whisky drinking nation, and its myriad bars are reflecting this. Amongst the best is Junction, housed in Kolkata’s renowned Taj Bengal hotel. Designed with the country’s traditional station bars in mind, Junction comes complete with wall-mounted replica steam engines. Its collection of luxury spirits is extensive and includes a wide range of rare single malt whiskies. Live Kolkatan jazz, big noise in the city, completes the scene.

This bar currently sits at number twelve in Drinks International’s World’s 50 Best Bars, so that should give an indication of just how good Baxter Inn is. Something of a modern day speakeasy, its back bar boasts a collection of whisky so big that the proprietors have installed an old fashioned sliding ladder to access the lot. A subterranean wonder for both the novice and seasoned whisky aficionado alike. 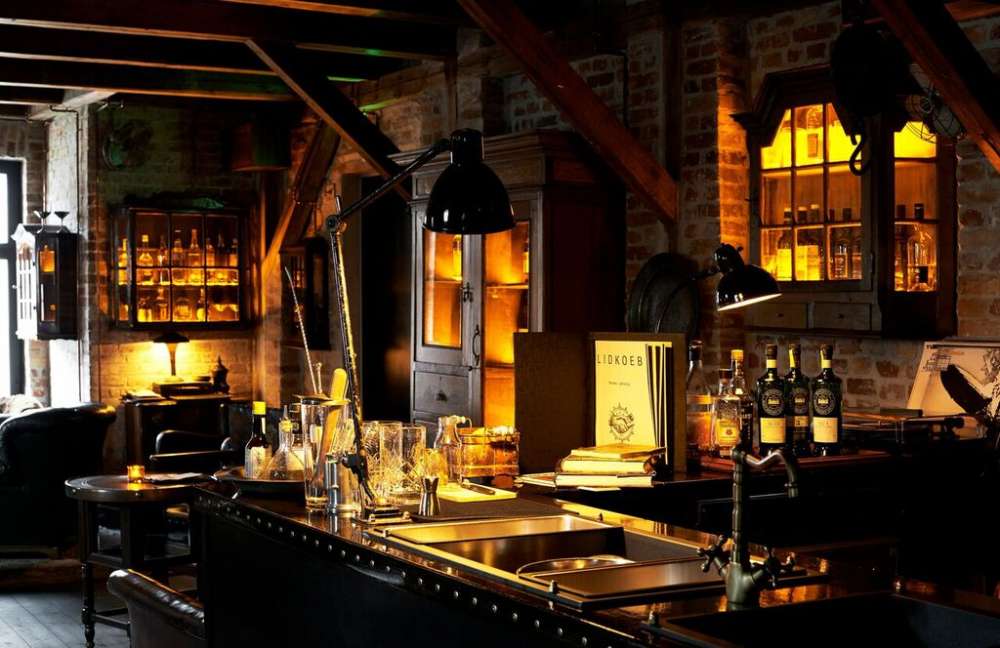 Located in a secluded backyard in Copenhagen’s Vesterbro district, Lidkoeb is a tad tricky to find but well worth the effort. Originally a cocktail bar, this typically Scandi affair was recently extended to include what the owners refer to as a “whisky lover’s wet dream”, an opulent attic bar with an open fireplace, leather sofas and amber-lit medicine cabinets brimming with whisky. 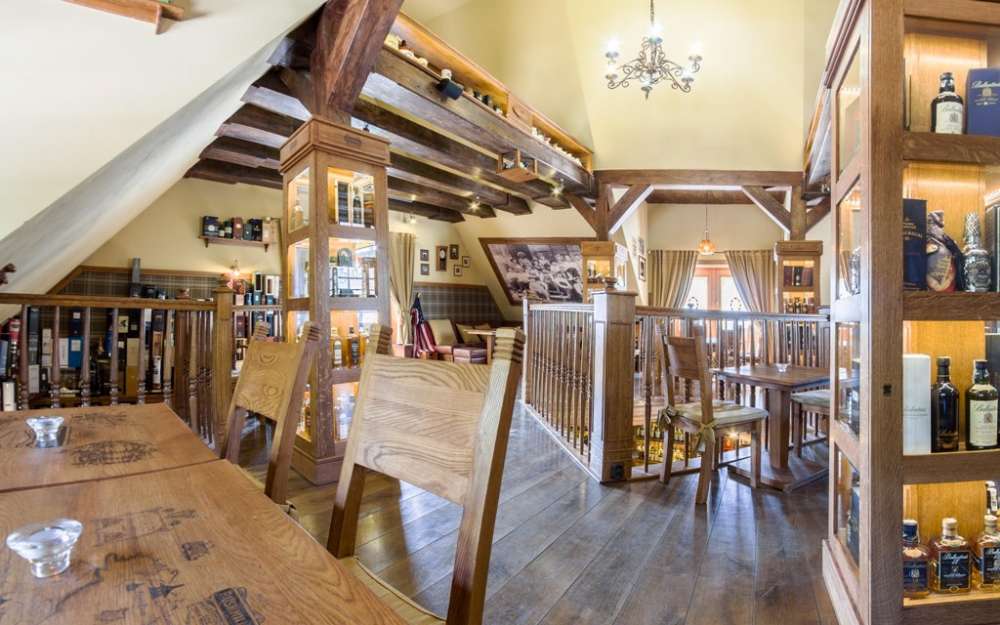 In this homely Polish venue inspired by traditional Scottish distillery architecture you’ll be welcomed by resident kilt-clad whisky ambassadors and an astonishing range of over 1,700 whiskies. The prices are especially reasonable too. Few bars around the world have gone to such lengths to share a passion for whisky with its patrons.

The Widder Bar, or The Ram Bar, was recently voted the best bar in Zurich and continues to delight thirsty patrons from around the world. It’s regarded as a first class cocktail joint, boasting an array of over 1000 spirits and a ‘Whisky Library’ which comprehensively charts the world of Scotch. Jazz is taken just as seriously here, with regular live performances on the house’s ivory keys making for the perfect accompaniment to a dram or two. 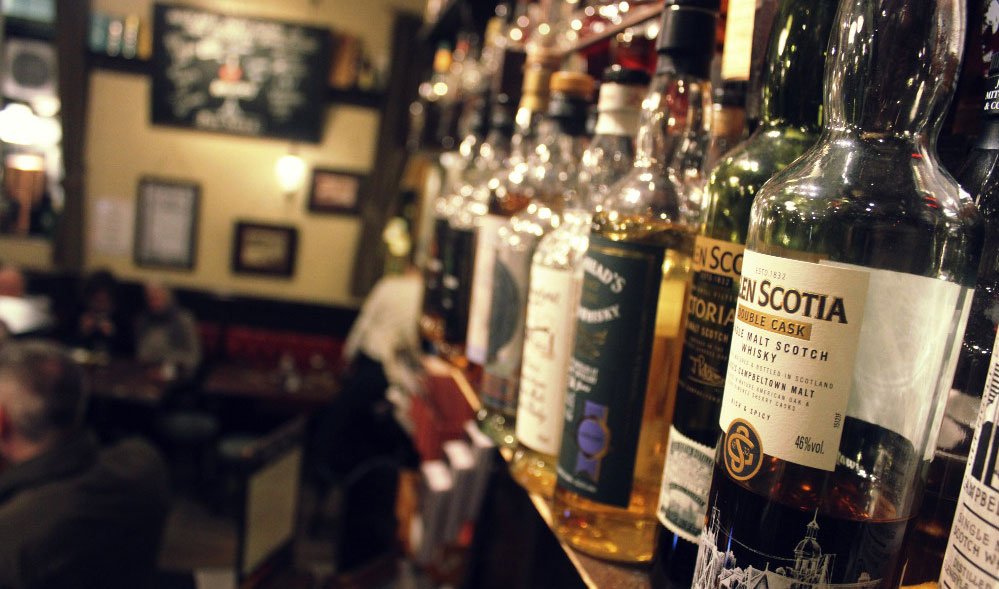 It goes without saying there’s no shortage of whisky bars to choose from in Scotland, but The Pot Still in Glasgow is doubtless one of the best. Don’t be put of by its traditional city pub appearance; The Pot Still is home to a gantry of several hundred malt whiskies and prides itself on being something of a mecca for patrons from all around the world.