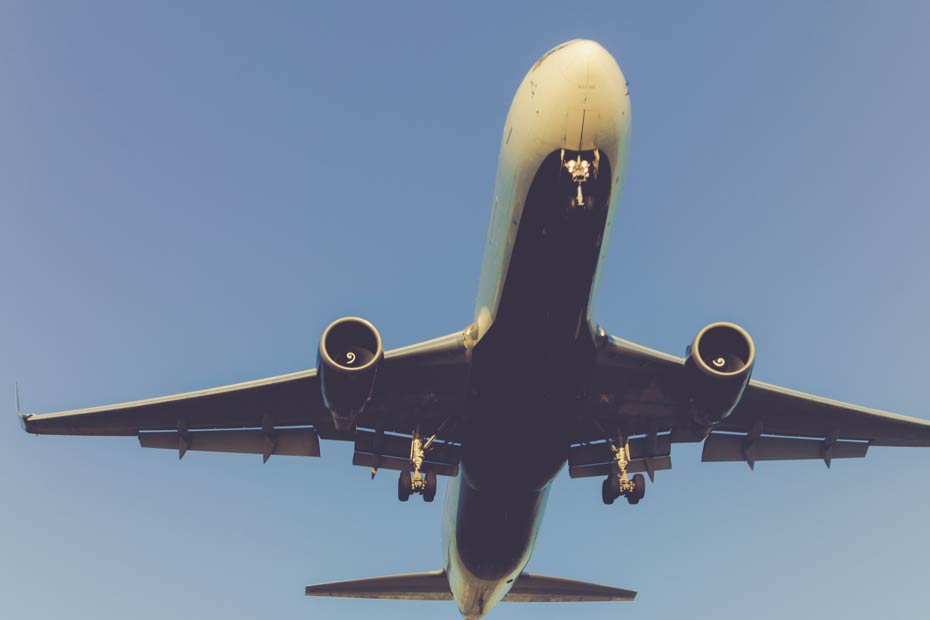 There’s no denying that the (sometimes arduous) experience of flying can be improved by a quality drink or two. There’s just one problem, though: airline drinking isn’t quite as straightforward as terra firma drinking. Here’s what we discovered…

Things don’t taste or smell the same up there…

At 30,000 feet, humidity is typically less than 15 per cent – drier than most deserts. That, coupled with low air pressure and significant background noise, serves to dampen our senses of taste and smell.

Lufthansa has gone further than most airlines in trying to accommodate changes to passengers’ taste buds. In 2010 they teamed up with the Fraunhofer Institute for Building Physics and built a low-pressure chamber around a decommissioned Airbus A310 to simulate the effects of flight on taste. The experiments they conducted confirmed all of the above, and led to speculation that even acceleration can affect taste.

… but there’s a solution

A Lufthansa spokesperson told World Whisky Day that the airline strives to compensate for these effects with their menus: “It’s enormously important that drinks match the environment well on-board. Sugar is less intense to one’s taste whilst flying. Wines, for example, need more flavour than they do if an individual is tasting them on the ground.”

The departure lounge is a good start

In all honesty, though, you’re unlikely to find much other than Jack Daniel’s or Johnnie Walker on-board all but the most premium of voyages.

Not so when it comes to departure lounges. Given the absence of sensory jeopardy, you’re free to appreciate a full range of top-quality world whiskies prior to boarding – which might just be the way to go (so long as you don’t overdo it). Pre-boarding bars nowadays showcase incredible selections of drams, many of which won’t be readily available in supermarkets or elsewhere.

Cocktails are also in, and in a big way. Virgin Atlantic has begun serving ‘craft’ cocktails at their Clubhouse facilities, while United Airlines has introduced more than 20 new cocktails to the menus in their business and first class departure lounges.

It pays to come prepared

And by that we mean getting your hands on a Carry on Cocktail Kit.

Created by W&P Design, these little tins contain all the necessaries you need to mix up classic cocktails at 30,000 feet. The Old Fashioned tin, for example, contains Angostura Bitters, cane sugar, a bar spoon and a linen coaster. All you need to add, they say, is the hard stuff (and presumably some ice).

Not a fan of the Old Fashioned? W&P Design releases new tins all the time. You can do a Hot Toddy, a Margarita, a Moscow Mule – the list goes on. And if you’re a frequent flyer, they’ve got you covered with a pack of five.

No kit? No problem

When you put your mind to it, there’s far more you can do with the basic spirits and mixers offered on-board a flight – you just need to know what to ask for.

Let’s start simple. You could mix up a perfectly drinkable Highball by combining Scotch and soda water, garnished with a slice of lemon and served long over ice. Or, substitute ginger ale for the soda water and garnish with lime for a Presbyterian.

Feeling slightly more adventurous? Combine bourbon, a sachet of sugar and the juice from a couple of lemon segments over ice and you’ve got yourself a Whiskey Sour. Alternatively, use Scotch to end up with a Scotch Sour.

Adding soda water to this same cocktail and serving in a slightly taller vessel will result in a John Collins – cousin to the more famous, gin-based Tom Collins.

This last one is a bit of a wild card, but perfectly achievable. Ask your steward(ess) for half a dozen milk pods, a bourbon and a sachet of sugar. Combine and serve over ice for a Bourbon Milk Punch – a New Orlean’s breakfast staple, perfect for an early morning flight.