The patron spirit of pioneers, daredevils, frontiersmen and frontierswomen, bourbon’s varied flavours and storied heritage make it a drink worth exploring. Join us as we pay tribute to the American ambrosia.

Bourbon started out as plain corn spirit, distilled by Kentucky’s first white settlers as a way of preventing grain spoilage. Later, it was sent down the Mississippi in oak barrels (charred clean), its destination New Orleans. What arrived some weeks later, although still rough at the edges, delighted. Neat or mixed, the liquor fast became the drink of the masses – as good for General Ulysses S. Grant as Bourbon Street’s lewdest ladies, and every gun-slinging, ivory-tinkling, private-eyeing caricature in-between.

In tribute, then, to the enduring mark bourbon has made on the world of drinking, we’ve picked four classic serves and designated two bourbons to each – an affordable, ‘bang-for-your-buck’ number, and a more premium, ‘ace-high’ recommendation. Shoot the liquor to us, barkeep.

1. Which bourbon to use for a bourbon soda 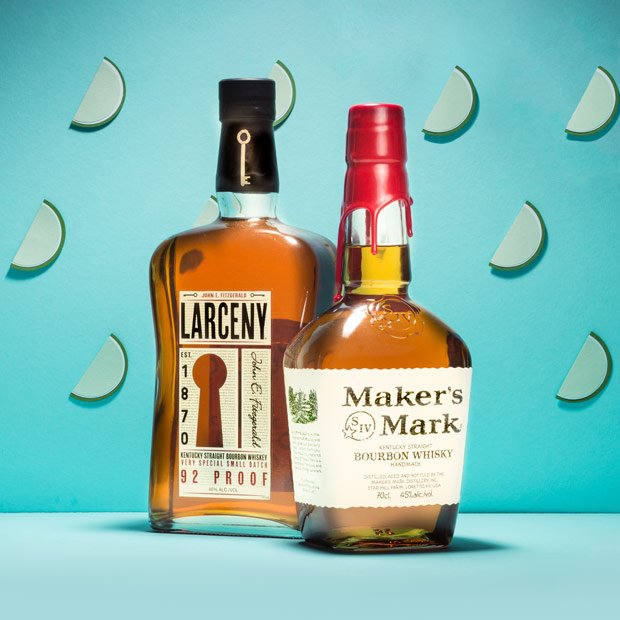 One of the first and most underrated cocktails out there; an honest, clean and tall libation that lets the right bourbons truly sing.

Given the inherent tartness of club soda, this serve yearns for something sweet. We’ve picked two classic ‘wheaters’ here, for the simple fact that in the world of bourbon more wheat equals more sweet.

Maker’s Mark is perhaps the most famous in the wheater stable. Met with soda water, it comes over all grassy and earthy – but also a little tame. That said, of a balmy evening we could drink this ’til the cattle come home.

A smooth, caramel-forward wheater is Larceny, with sweetness in spades. There’s something of the cream soda about this combination. The bourbon stays firmly in the saddle against the tartness of the soda water.

Mix one part bourbon to four parts soda over ice. Garnish with a lime slice and serve.

2. Which bourbon to use for an old fashioned 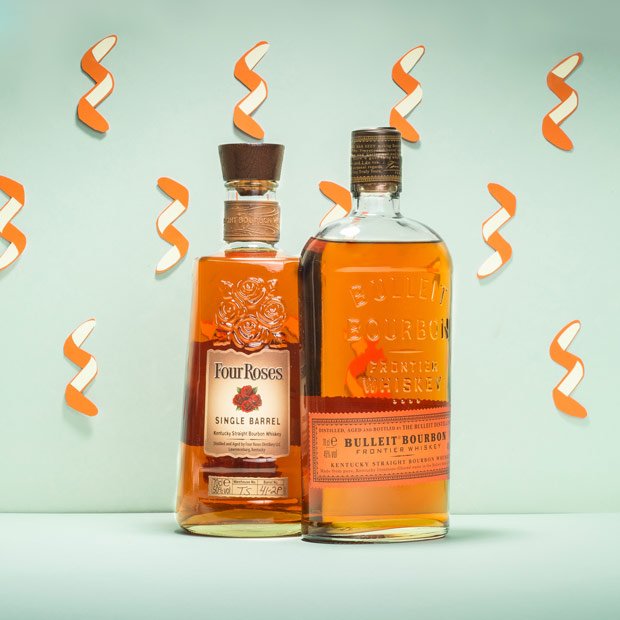 So called because this was considered the original mixed drink. A potent, feisty and aromatic number with charisma aplenty.

Rye is the traditional call here, so reach for a bourbon with plenty of that to the fore – and make sure it’s got enough gusto to rival the unforgivingly potent aromatics it’s being partnered up with.

Another high-rye bourbon is Four Roses Single Barrel. Seriously potent and flavoursome liquor with more than enough buck to stand out when mixed. Next time we’ll garnish with a toasted marshmallow.

Combine ½ teaspoon sugar with a double measure of bourbon. Add one large ice cube, a dash of water and a few drops of bitters. Garnish with an orange twist.

3. Which bourbon to have on the rocks 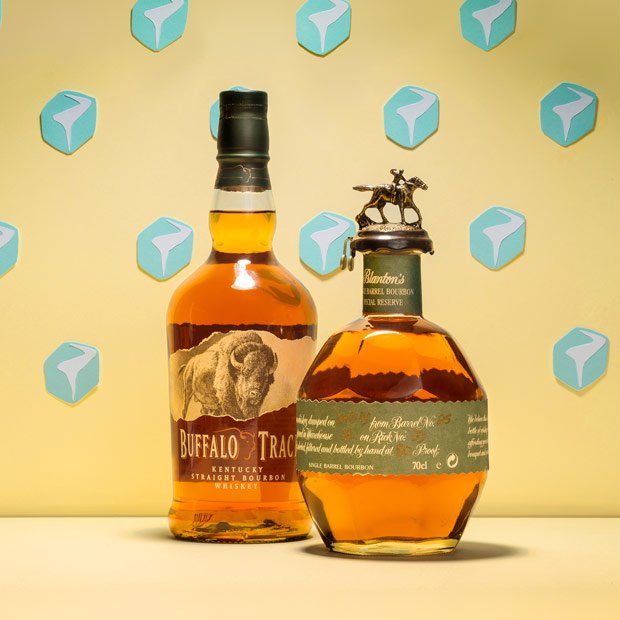 Way back when, the classic bourbon serve was up as a shooter against the bar. Now, though, the best way is to meet it neat and sip it slow.

Quality is everything when it comes to neat bourbon; there’s no hiding any blemishes, not even over ice. The good news is that there’s no shortage of such offerings out there – and you needn’t reach deep.

Buffalo Trace ranks among the very best in its price bracket for an everyday, on-the-rocks sipper. Consistent, not overly strong, and brimming with butterscotch and maple syrup. Real purty stuff.

Another single barrel bourbon, Blanton’s is the Southern belle of the posse. It looks the part, smells as good and tastes beautiful. It’s a touch too meek to get its knees properly dirty, but a fine bourbon no less.

Add ice (if using) to glass, and fill with bourbon.

4. Which bourbon to have with a beer (AKA boilermaker) 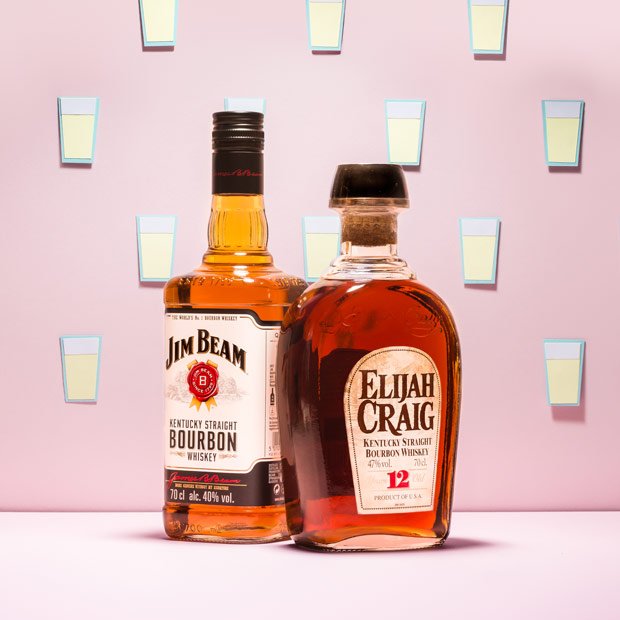 A DIY cocktail, whether that’s in the stomach or the glass. Get the right hop juice and this is one of the surest ways to enjoy bourbon.

Once a humble workman staple, the ‘shot-and-a-beer’ is opening up a world of opportunity to the bourbon fan. You want a classic ‘well whiskey’ or a mouth-coatingly viscous bourbon – and beers to complement.

Jim Beam and Pabst Blue Ribbon represent the high (or low, depending on the colour of your collar) watermark in consumable Americana. There’s nothing poncey about this union, nor should there be.

An immensely mouth-coating bourbon with corn oiliness in abundance and a gorgeous rose-gold glow. Follow with a bittersweet, palate-cleansing sip of Sierra Nevada Pale Ale and you’ve got quite the showdown.

Sip both, or sip the bourbon and ‘rip’ the beer, or down both in tandem, or combine both. If you want more, try our whisky and beer pairing suggestions here. 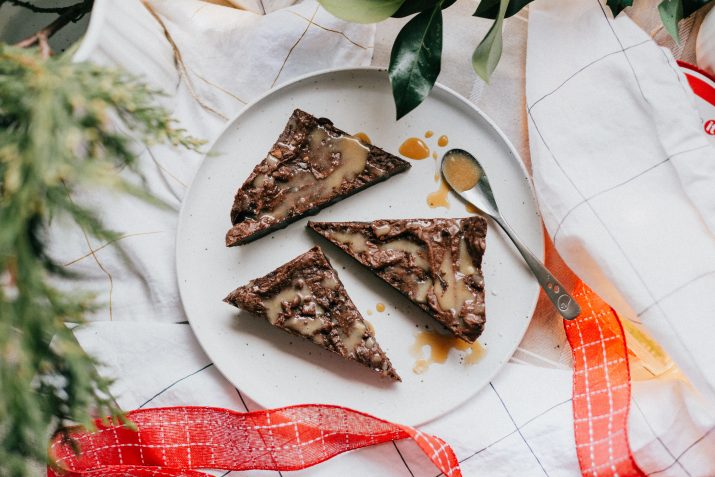 One bite from these desserts and you’ll be desperate for more, from boozy chocolate brownies to a delicious spiced whisky cake.

What is bourbon and how is it different from other types of whisky?

What is bourbon and what else might the beginner need to know? 10 bourbon FAQs to get you started on ‘America’s Native Spirit’ 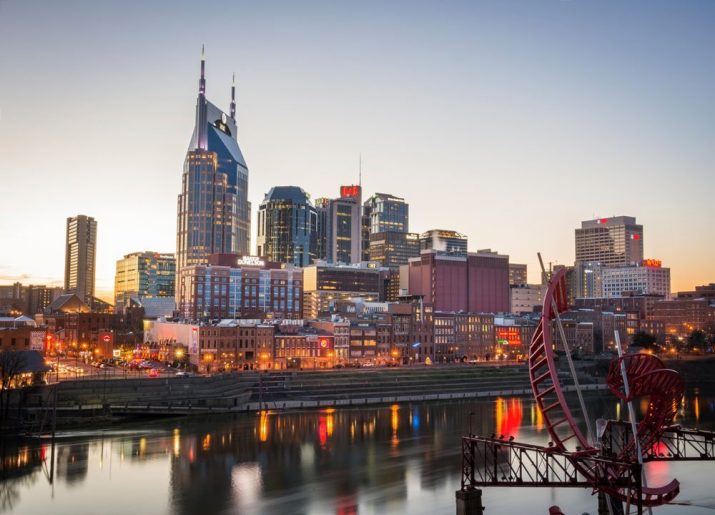 While the state of Kentucky takes the lion’s share of fame when it comes to whiskey in America, there’s no denying that its southern neighbour has made quite a mark of its own. Join us on a spirited tour of Music City, Tennessee. 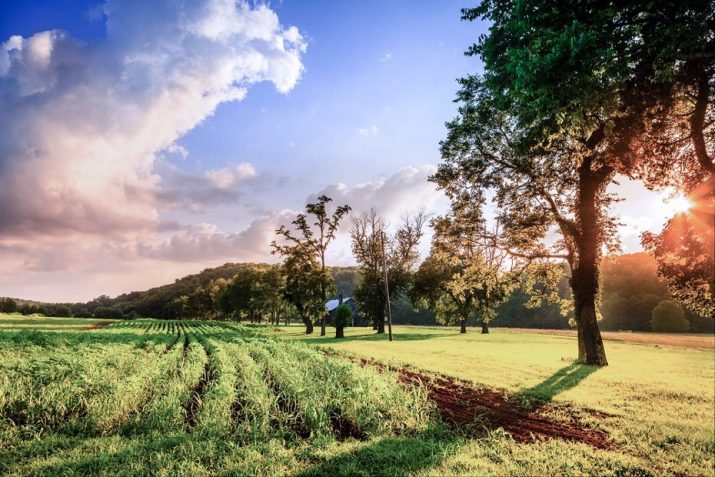 This week we’ve ridden out west into the bluegrass prairies of a once-hostile frontier of American expansion, and one truly synonymous with whiskey: Kentucky.