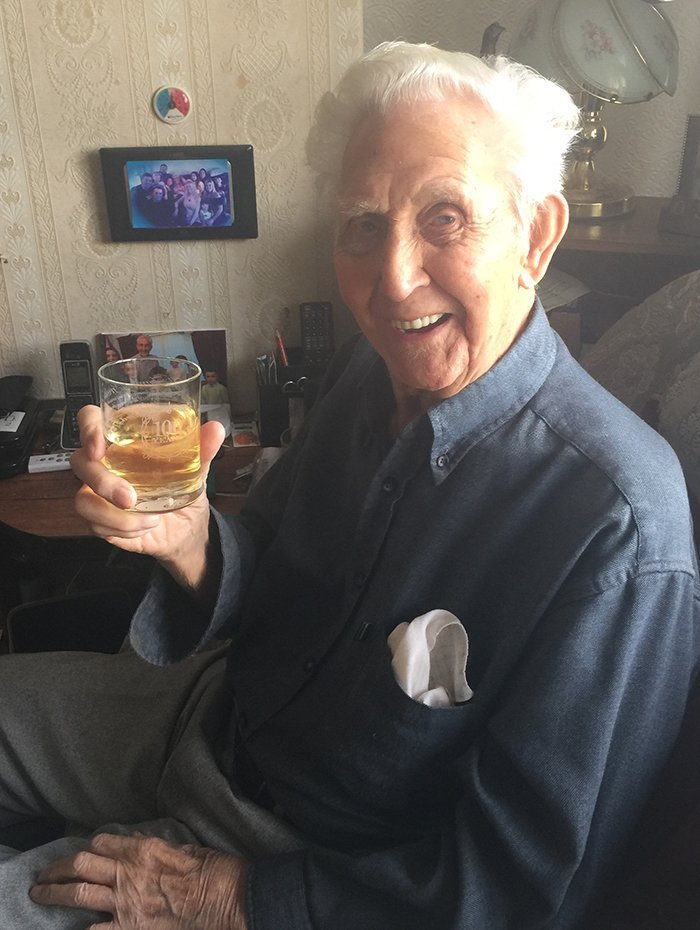 We’re profiling some of the world’s most deserving drammers and telling their stories.

Jack Reynold’s age is a feat on its own, but the Yorkshire centenarian has been inspired by his rare achievement to help others. While many who have reached his age typically spend their twilight years getting some well-earned rest, Jack is plotting his next big fundraiser. For the past few years, he and his family have worked with the Guinness Book of World Records to become the oldest man to complete various challenges.

“After becoming a centenarian, I realised I could use my old age to help others less fortunate than myself with doing it all for charity,” says Jack.

The causes he’s given to include motor neuron disease research and various stroke charities, while his acts have inspired many after his zipwire jump was featured on Good Morning Britain.

All of this surely deserves a dram in its own right, but it turns out that Jack cheekily tells those who ask that whisky is the key to his vitality “Whisky has definitely contributed to keeping me young at heart, my longevity and a few other things,” he says.

And his favourite dram?

“Famous Grouse – a shot in my tea in the morning and a double with lemonade in the evening,” he laughs.

And what’s lined up for next year?

“It is early days yet – the plans are still in my mind,” he says, before promising the next adventure will happen “while I’m still young”.